Michael Parker has left the building - Honouring a great musician and friend.


For many years I toured with Michael Parker, both in the Three Courgettes, here's a couple of tracks, one we made for Island Records and the other for the Ze Christmas Album.


We had our photos taken for The Face by the legendary Sheila Rock - here we are in that session super cool and extraordinarily young! 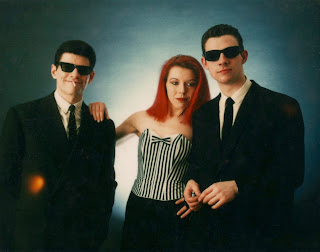 and then as the duo Jungr and Parker. There's a smashing obituary of him in We Are Cult, here.

They've kindly included links to some sound links but my favourite is the song we write together, "No One Else Could Ever Wear Your Shoes", here


There's some things on iTunes - Blue Devils one of our classic collections including The Launderettes Song and in the next couple of months I will put some more of our old back catalogue up.

And there was another nice obituary here

Michael and I travelled all over Africa together giving concerts and workshops for The Britotsh Council in the early 1990s.

We toured with Julian Clary


and Alexie Sayle and won a Perrier Award in Edinburgh with Arnold Brown. I can say hand on heart working with Michael was like taking a degree in music, he taught everyone who worked with him so much, largely through his own enthusiasm and love of and for, music and musicians.  And he was funny and a great asset to any tour bus! 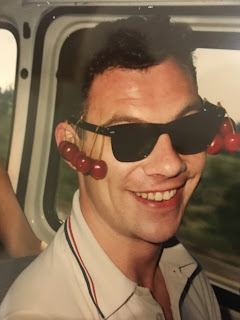 And all of it comes Right Out of The Blue, always, so here's a Jungr and Parker track with that very title!

He will be sadly missed but his family, friends and everyone who was lucky enough to have had him in their lives.
Posted by Barb Jungr at 14:59