2 new videos and Diva with a brace hits the streets.

Well, what a shock last week when I went to the new Orthodontist - my old one who cost the absolute earth has retired - nice man - but wow the prices - and the new one - Sam, said "you will want to hit me but I have to tell you the truth". Sock it to me, I said, or words to that effect, and he said "you are going to have to have a brace". By this he meant a metal brace. He showed it to me demonstrated on the cute little plaster mouth he has lying around the place. It didn't look that bad. So I said, "how much?" and he told me and I said, "do it!" He was taken aback by my decision making but having gone through years - and I do mean years, of costly Invisalign nonsense to have my teeth go marching about again has just been depressing quite frankly. I could've bought a boat for what that treatment - utterly useless as it now transpires - cost. So I went back 2 days later and had the brace put in. If I had forgotten what my gum operation felt like several years ago  - which I haven't - I would have been less well prepared for the horror that is The Brace. Weirdly I discovered that singing is OK with it on, since I had to do that for the church roof at St Mary's in Chard, which my lovely friend from Amici dance days, Gill, supports. The church, not the roof. That'd be crazy. She'd fall over. So I found out that eating is near impossible - look out Naomi Campbell soon I'll be modelling. And speaking is fairly hideous, though Ernest says that doesn't seem to have stopped me. But singing? Fine. Paracetemol helps all. Lucky I can afford that after all this treatment. Here's The Brace (which comes everywhere with me)  on its first public outing.

Imagine what those little gnashers will be like after this hideous treatment? The good news was that having woke up the next day with a mouth full of metal like a baddie in  Bond film, I found a lovely review of the album in the Huffington Post.

Eating, as I said, is a tricky business, but I bravely tried today at lunch with Ernest, who got some lovely new sunglasses and was persuaded to let the world see them.

Got home to find that Janet had made some lovely films of two songs from the Dean Street gigs a couple of weeks ago. They are accompanied by cutlery and chair moving which sometimes actually stops you thinking, but the piano is gorgeous thanks to Simon Wallace and the double bass likewise thanks to Dudley Phillips. You can check them out here on this playlist -

Meanwhile I have my eye on everything, as this - taken by Erika at Sugo in Notting Hill Gate, suggests. 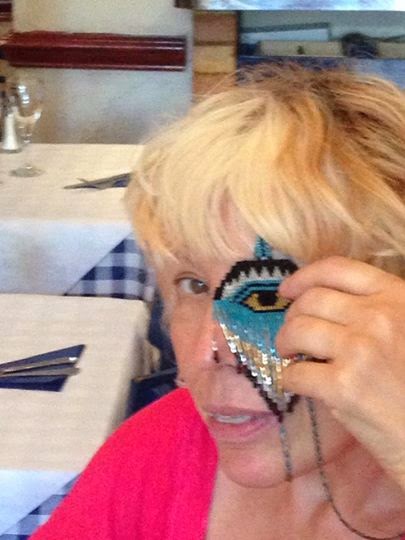 And here are some birds with moustaches. 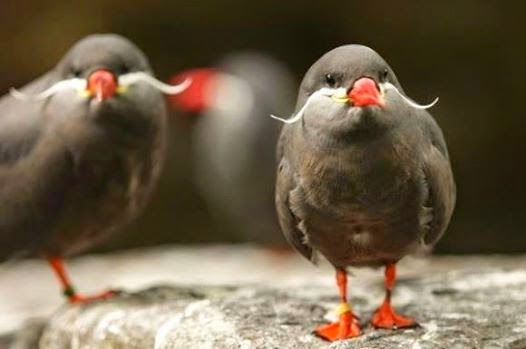