The wonderful Matt Lynch has just finished editing some of the live shows we have filmed this spring at Crazy Coqs in Soho, and here's the first, of Cole Porter's I Love Paris from April's Sunday residency show, where he filmed with Marcus Reeves and Justin Smith did the sound. Simon Wallace was on piano and Davide Mantovani on double bass. It was a fab night.


I'm hard at work preparing for both the new album which is recording in a month's time in New York with the fabulous Laurence Hobgood, and the new live show which I'm preparing with John McDaniel for both the O'Neill Cabaret Conference where we'll launch it on August 3rd, and the Edinburgh Festival here, where we'll do 3 shows in August. Meanwhile I'm at The City of London Festival end of June with Simon Wallace and Davide Mantovani  singing Nina Simone and Hard Rain.

Exciting times. In New York there'll be 4 Hard Rain shows, and at The Rrazz Room in Hope, PA -

and here's the Joe's Pub info 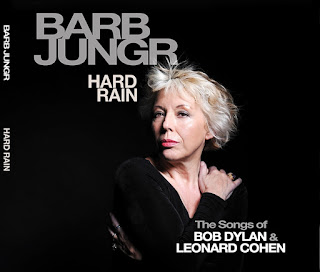 Looking forward to seeing you there.