Australia I love you

Since the 1st June I've been touring in Australia with shows in Brisbane, Byron Bay, Sydney, Canberra, Adelaide and Melbourne, from where I an writing on the sofa on this rainy afternoon.


My Melbourne high rise balcony is 32 floors up in the sky. I find heights a challenge, always have. Vertigo is a weird condition, and perhaps a lizard brain throwback. Certainly terra firma works well for me. I took a few flying lessons a few years ago to combat my fear of turbulence and heights and found myself rather enjoying the exercise. Circus professor John Paul Zaccarini and I went to a climbing wall, and that was fascinating and I managed to get much higher than I expected. So I'm pleased to say that I managed last night to walk to the edge of my balcony and look over the bar, and to make sure it wasn't a fluke I did it again this morning. That aside, the shows, 2 of them, are at Bird's Basement tonight and tomorrow in Melbourne with the astonishingly good Mark Fitzgibbon on piano.  Then its back to the UK for shows in Greenham, Maidstone and a week at Crazy Coqs with the lovely John McDaniel. I won't let too much grass grow!

Starting from the beginning Brisbane was wonderful. I worked with acclaimed Australian arranger and accompanist John Thorn (we met at Adelaide Festival 3 years ago) and played at the Brisbane Festival at a beautiful venue in an old Powerhouse called, unsurprisingly, The PowerHouse which is right on the river in a lovely location and area. I met up with my old friend the painter and performance artist Luke Roberts and on a late night walk through the city saw his extraordinary sculpture, called PoinsettiaRiverFire, in the park, lighting the sky for all to see. 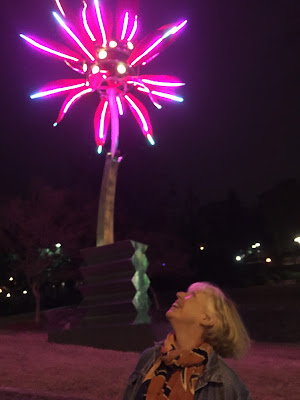 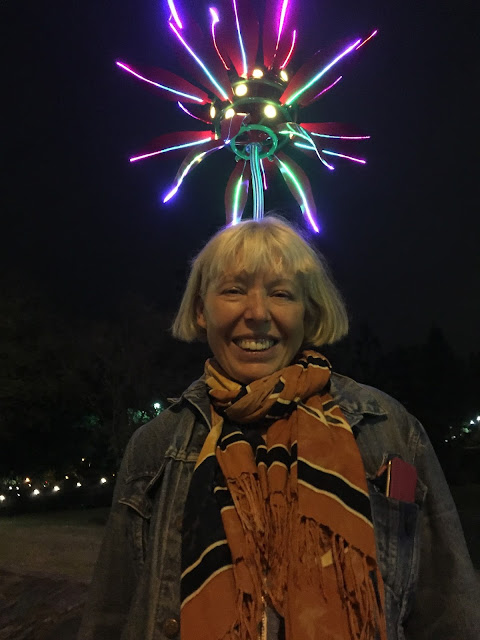 There was a rainbow over Brisbane and the city was in a state of growth and change. It was a joyous show, and there was a lovely review. And then the storm came!

The storm arrived Saturday morning and we drove our little trusty hire car through it all the way to Byron Bay with rain coming so thick and fast the wipers going on fast couldn't clear it away. By Byron it was clear that things were bad. Rivers were flooding and the wind was wild, with trees down across roads and fields filling with water all around us. The Byron Bay Theatre was warm and welcoming and fortified with their vegetarian gluten free sandwiches we did a terrific gig to the audience who were able to get there, brave souls! And the next morning dawned as though no storm had happened! With a blue sky and bright gorgeous sun, and only the broken branches strewn about gave any clue as to what had happened overnight, we walked to the Byron lighthouse in the warm sunshine and handsome surfers rode the huge waves that formed in that idyllic bay. Byron Bay gets my vote for paradise on earth. It is absolutely beautiful. It was wonderful to be back there and I very much hope I can play there again, soon. Here are a bunch of views from the walk. 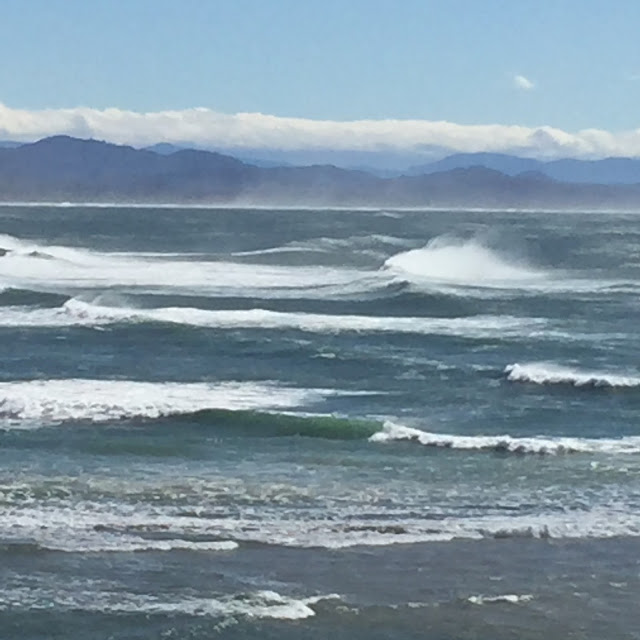 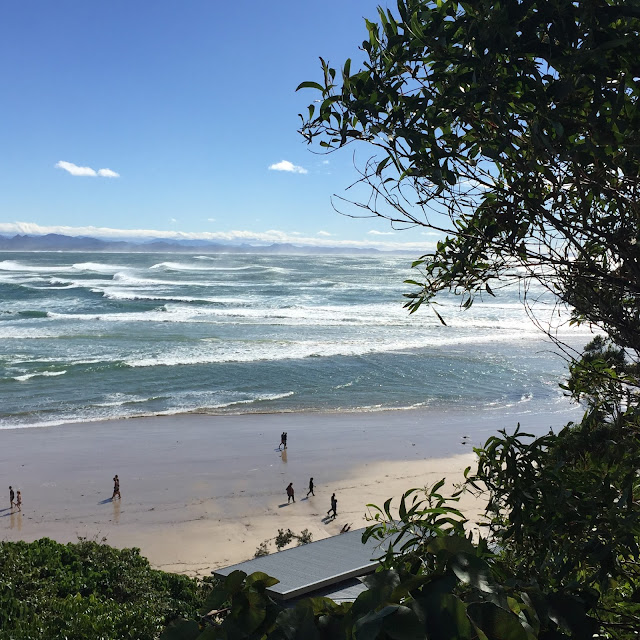 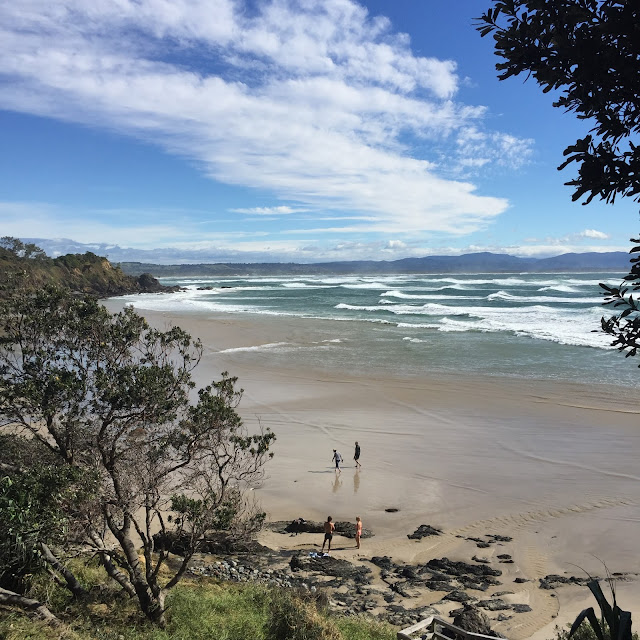 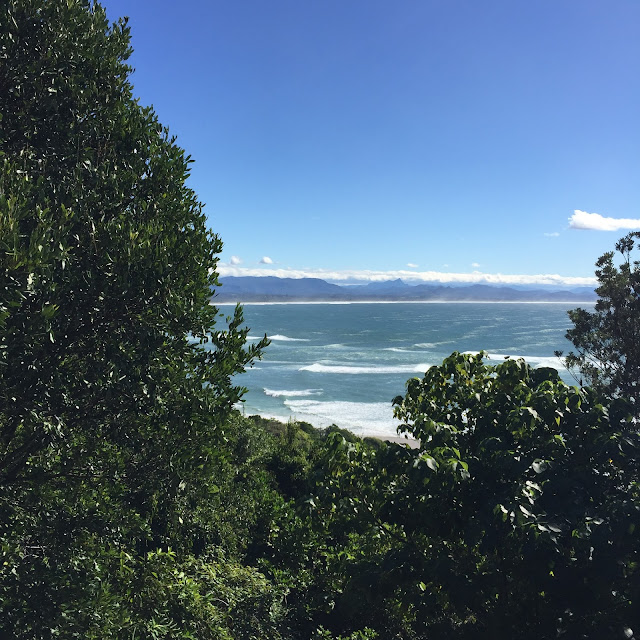 Then it was off to Sydney. Played at The Basement there, rehearsing with Mark Fitzgibbon first. He's a jazz player of the great skill and talent, and well known in Australia. We had a terrific first show and I managed an 8 mile walk around the city spotting some beautiful birds in the harbour. Here are some.... 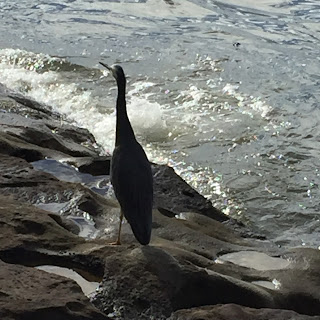 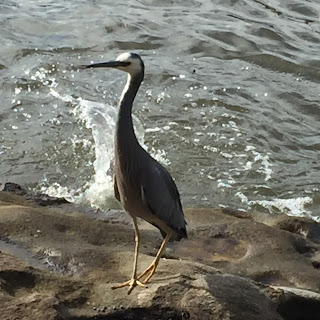 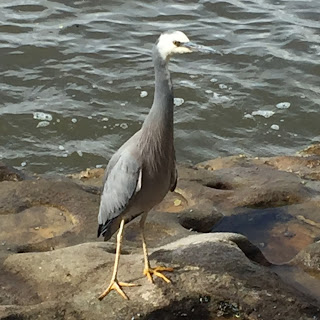 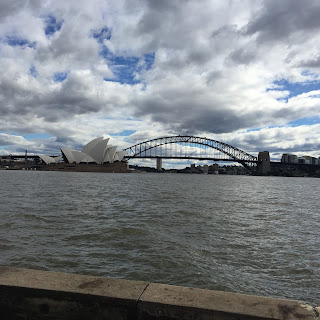 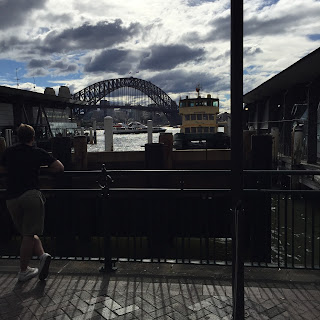 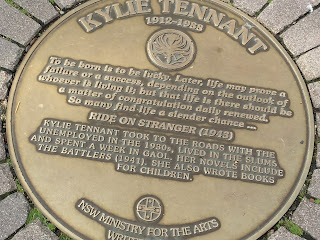 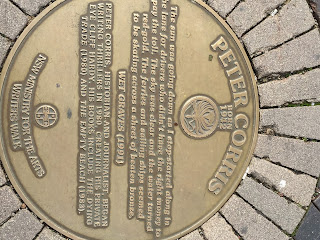 From Sydney we hurtled to Canberra, which was gloomy and surpassingly cold, But it was lovely to be back at The Street Theatre there, and a great crowd and a lovely review (thank you Bill). And a rainbow over the airport as we left!

And then to Adelaide. The festival was cracking in as we arrived and I was straight into a Gala rehearsal with Mark Ferguson and the band. Ben and Alana on drums and bass and a cracking version of Things Have Changed sprang into being. Friday, Gala rehearsal day, was blustery but we were inside rehearsing and I had the best makeup lady so we were ready for action. She took this before the show in the corridor.

The Gala was a wonderful opportunity to meet some other performers, Robyn Archer, Amy G, Andrew Strano, Hugh Parhem, Eddie Perfect, Ali McGregor, Mothers Ruin, Astrid and Die Roten Punkte and more and of course Miss Behave from London was there with Harriet who can dance up a storm so we were a motley crew. It was a joy to be in such a supportive and terrific collection of people. The red carpet walk was a scream and Markus Hamence did a lovely interview for Scene TV on it all, the next day, which is here.

Sunday and Monday I had my shows with Mark,we had a wonderful crew and team so sound and lights were superb, they were total sellouts which was beautiful, with great audiences, and there were some lovely reviews.

and there was a lot of fun with the backstage gals and Peta at the late night club  hosted by Miss Behave and Amy G. Check the eyelashes! 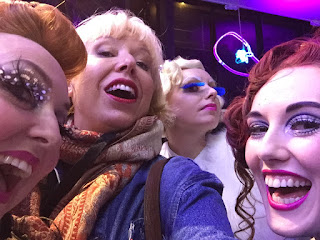 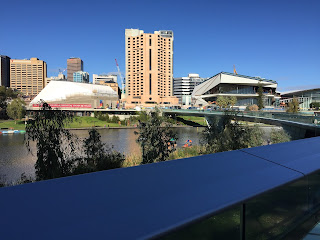 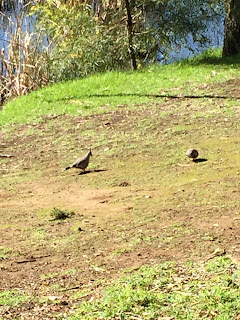 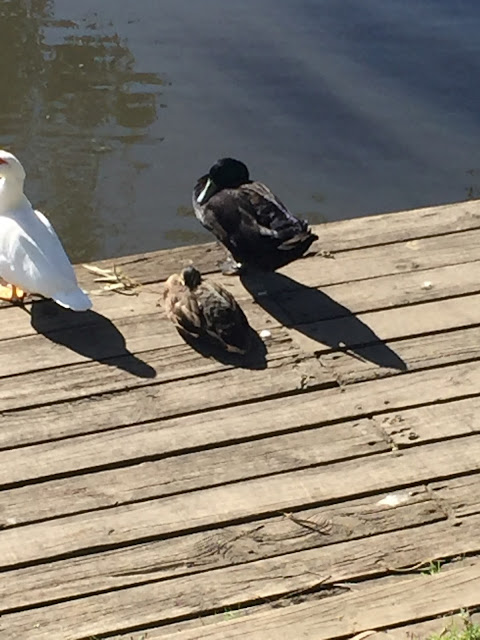 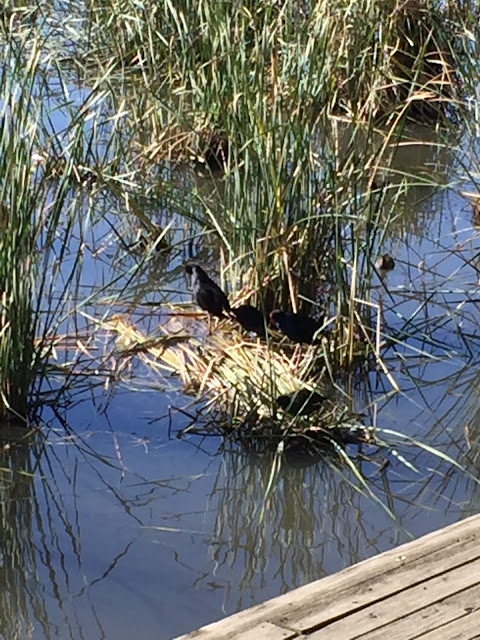 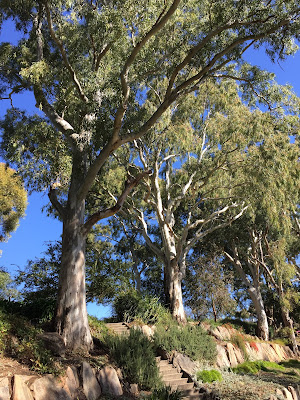 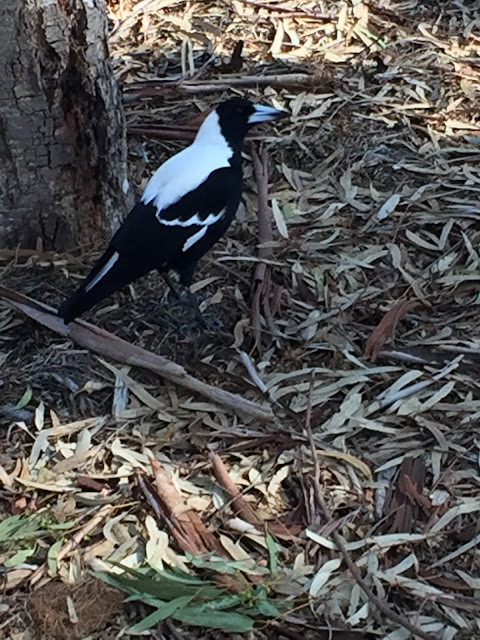 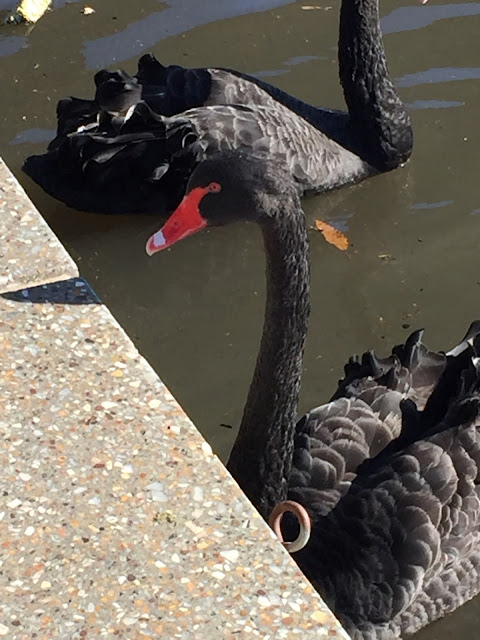 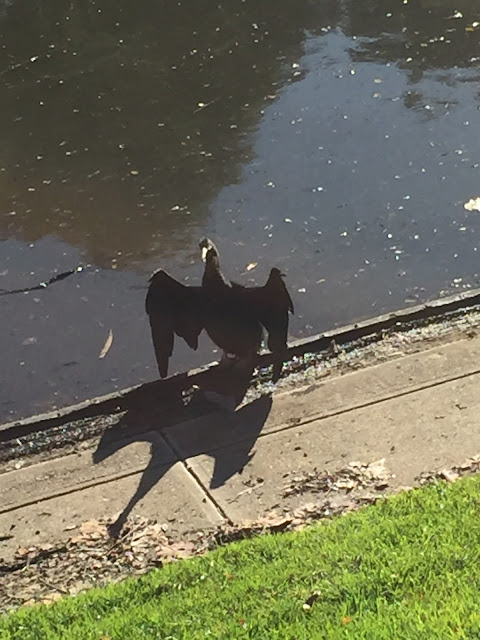 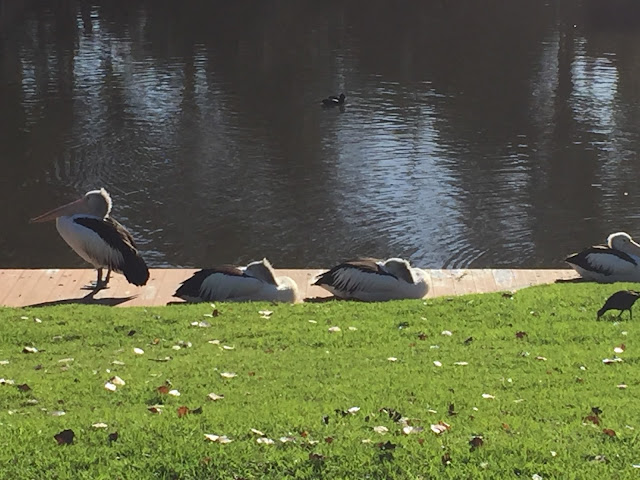 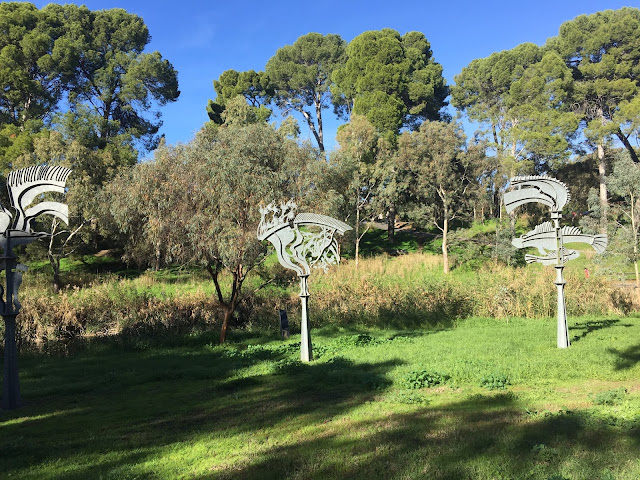 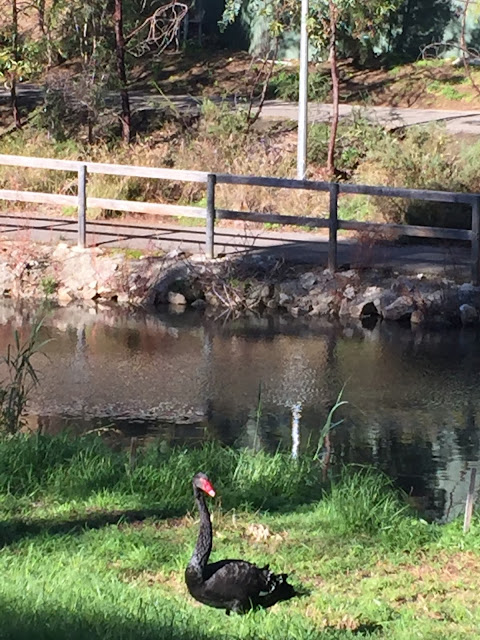 On Monday we did a revue of Kurt Weill songs. Zac Taylor put together a wonderful collection with legendary Brecht and Weimar performer Robyn Archer singing and MC ing.  Eddie Perfect and Ali McGregor, Hugh Parhem and Die Roten Punkte and I sang, and there was a stunning band with arrangements by John Thorn. It was a privilege to be part of that show in the lovely Dunstan playhouse.

And then we were off, and here we are, were this blog began, in Melbourne. I'm off to put on my makeup and get my glad rags and harmonica together and head down to sound check. I hope I'll see you at a show here tonight or tomorrow, and facing that, there are these coming up in the UK, with John McDaniel on the piano and other microphone!

and from tuesday June 28th through saturday June 3rd

See you there! Till then, have a great rest of the week.