The 4 night May run at Joe's Pub to launch the new CD Shelter From the Storm were terrific. We had Laurence of course, on piano, Matt Clohesy on bass and Wilson Torres on percussion, and they blew it out of the water. So many friends and fans came down, and some people who's seen The Kate TV show, which has been airing all over the US. You can stream that if you haven't seen it yet, here

I stayed in the East Village with my great friends Jane and Luka, and laughed a lot. Ate at Shanghai Joe's soup dumplings, cycled along the East River and generally had a fab time. I sang at Jim Gavin's celebration and caught up with a ton of old friends and rehearsed for the Connecticut show where Lennie Watts - my co-master teacher, and I are sharing a stage on the Sunday night in August with Tracy Stark on the keys, and hung out with lots of terrific performer friends, and saw Kiki and Herb on my last night give one of their incredible shows. All in all, had a blast.

So here's the cast photo from the Jim Gavin celebration.

There were some nice photographs too. 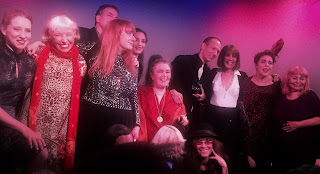 There was a terrific review in the New York Times, here


And then it was back home for a week and a trip up north where I managed to catch the last of the bluebells in Lyme Park, with Mum and Mirek.

And now another run of dates begins. This time inn Australia, where I'll be - as well as the dates on this poster, in Canberra and at the Adelaide Cabaret Festival. Some press her come out already and its all here - hope to see you at a show somewhere, soon.

And here's the tour except for Canberra and Adelaide for which please go to their sites, here 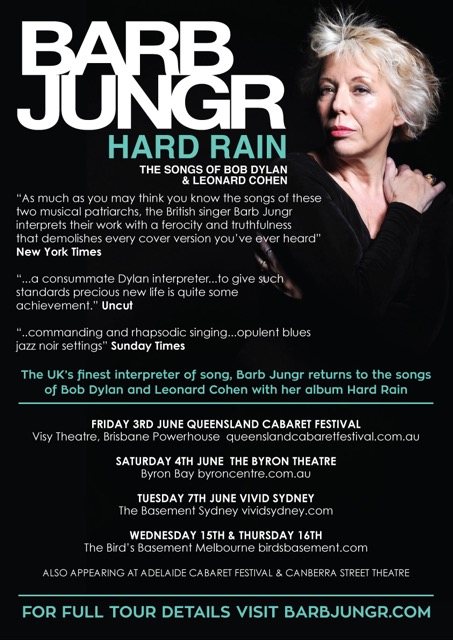 Till then, enjoy spring and summer, which is coming - unless you are in Australia, where its autumn!